About him someday they will shoot a film.

In 2015, Mamadou Coulibaly escaped from Senegal on a barge. He got to Europe, lived in France, then ended up in Italy, where he had to live on the street for a while. But Coulibaly was incredibly lucky: when he was playing football with friends, he was noticed by people from the club series A Pescara. 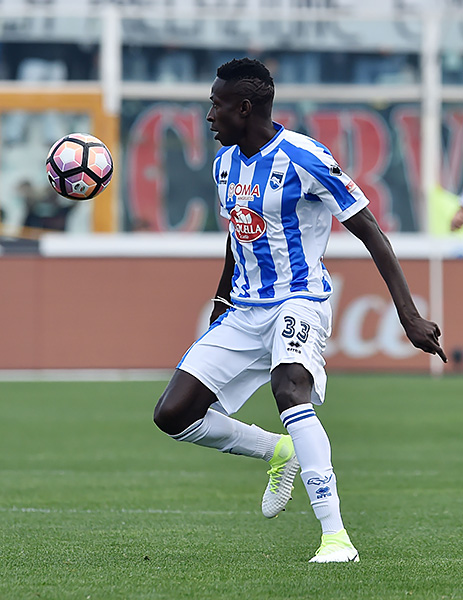 About six months, Culibaly trained with Pescara, and then signed a full contract with the Italians. Sky Sports says that the player was personally noted by Zdenek Zeman. Recently, the 18-year-old midfielder made his debut in Serie A, appearing in the substitution in the game with Atlanta, and today he played for the first time. Yes, and in the status match against “Milan” (1:1).
END_OF_DOCUMENT_TOKEN_TO_BE_REPLACED

“Milan” has won a labor victory over “Bologna” in the away match of the 18th round of Serie A with a score of 1:0.

Already in the 36th minute with a field has been removed Milanese defender Gabriel Paletta, received two yellow cards, and on the 59th minute and the Rossoneri were left with nine men at all due to the removal of Juraj Kucka. Nevertheless wards Vincenzo Montella could not only hold back the onslaught of the opponent, but also scored the efforts of Mario Pašalić.

“Milan” goes to the 7th place in the standings, with 40 points in the asset. “Bologna” occupies the 14th position with 27 points. in the away match of the 18th round of Serie A with a score of 1:0.